Muharram, the month of mourning ...

Muharram,  the month of mourning

Iranians like millions of Muslims around the world mark the beginning of the lunar month of Muharram known as the month of sorrow, grief, love, patience and resistance. The month of Muharram starts with ten days of mourning rituals: the mourning rituals reach their peak on Ashura, the tenth day which marks the day, when the forces of the Umayyad caliph martyred Imam Hussein (PBUH), the third Imam of Shias and 72 of his companions in the plain of Karbala more than almost 14 centuries ago.

The biggest mourning ceremonies are held on the tenth day of the month Ashura. For the whole night, people gather at mosques and revive the whole episode of the battle of Karbala. Religious experts say in this way they take forward the mission of Islam and Imam Hussein that “good always wins over evil”.

Banners and hoardings have been placed all across the region revealing the strength of the Islam. Muharram as one of the four sacred months of Islam is a month of remembrance. It has great significance because of its historical background. It carries a message of awakening for the entire humanity for the times to come. During this period especially Shia Muslims in prefer to wear black clothes as a mark of mourning. They also distribute foods among the poor.

Muslims believe Imam Hossein stood up against the tyrant of the time to safeguard and protect Islam and guide fellow Muslims. 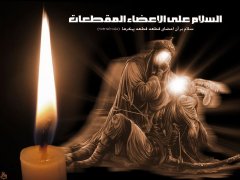 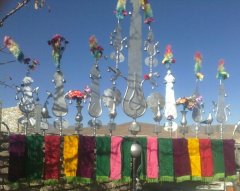 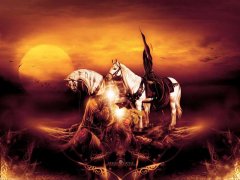 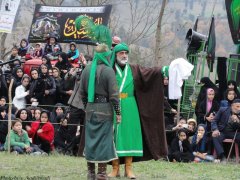 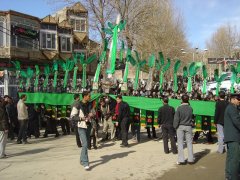 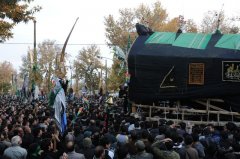