Glimpse of Persia
Khosh Amadid - Welcome to Iran. At the airport you will be received and transferred to your hotel. Time for a short rest before starting a city tour of Teheran. Tour includes visit to the National Museum of Iran with its vast collections of items dating back to the Sumerian Period (4500 BC). 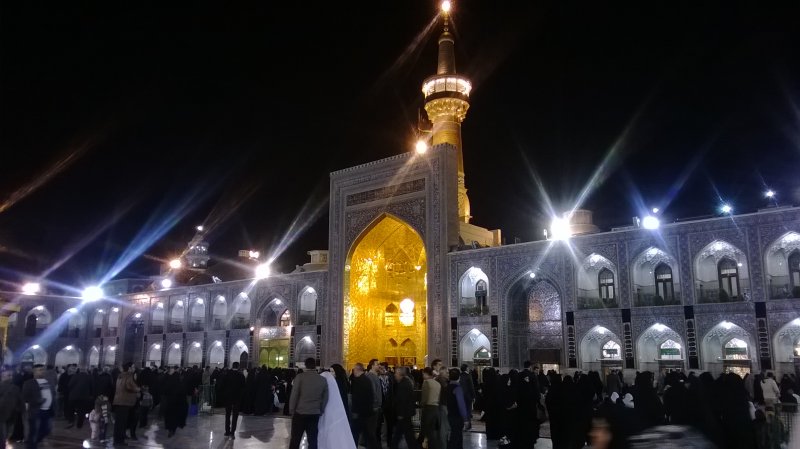 Day 01: Arriving in Tehran
Visit the Glass & Ceramics Museum where many articles on display dating back from the 2nd century BC, are divided into five categories: 1) Enamel Gallery; 2) Crystal Gallery; 3) Nacre Gallery; 4) Gold Gallery; 5) Lapis-lazuli Galleries.
This is followed by Saad Abad Palace a cultural complex consisting of seven palace-museums. Carpet Museum houses an excellent collection of Iranian hand woven carpets.
Late afternoon transfer to the airport for flight to Shiraz. On arrival, transfer to the hotel. Overnight at the hotel.

Day 02: Shiraz
Morning excursion to Persepolis.
The centre of the great Persian Empire, the ceremonial capital of the Achaemenians and the showpiece of Achaemenian art, Persepolis (Capital of Persia, in Greek) is a historic treasure in Fars Province, 60 km to the northeast of Shiraz. Construction began by Darius the Great (521-468BC) as the focus of the mighty Achaemenian Empire nearly 2500 years ago.
You will also visit a pre-Achaemenian, Achaemenian and Sassanian Persian archaeological site 10 km northwest of Persepolis; Naqsh-e-Rostam (means literally the carving of Rustam) is a sort of "Valley of Kings" dating back to the 5th and 4th centuries BC. The most famous is the tomb of Darius I the Great.
Naqsh-e-Rajab. The most important document on this site is the carving of the high priest, Kartier, Mobad-e-Mobadan (Priest of Priests) under three Sassanian emperors: Shapur, Bahram Bahram II and I.
Afternoon city tour of Shiraz includes:
Bagh-e Eram Garden (the Garden of Paradise). It dates back to the time of Qajars, when Mohammad Gholi Khan Ilkhani ordered its construction. The most beautiful of all the trees in this garden - and the most famous tree of Shiraz - is a lofty cypress named Sarv-e Naaz (the sweet cypress), which indeed, seems a work of art. This slender tree is a source of inspiration appearing in most of the Persian Lyrics and Songs. The immediate connotation of Sarv in Persian mind is that of a beautiful, healthy and most beloved.
Narenjistan Museum. Narenjistan means the Orange Garden, built in the 1870s by Mirza Ebrahim Khan. Narenjistan preserves a sense of the privilege and refinement enjoyed by upper-class Iranian families in the 19th century.
Nassirolmolk Mosque. This stunningly beautiful mosque has completely different depictions on its tiles. The old fashioned European people with their special costumes are inlaid on tiles. The other strange thing about the mosque is the use of red and pink colours on its ever glazing tiles, something that one can never see in other historic mosques.
The old bazaar of Vakil is unique in Iran for its size, solidity and the beauty of its brickwork.
The Holy Shrine of Shah Cheragh (the King of the Light). An infinity of reflections is recreated in the dazzling mirror work inside the tomb of Seyyed Amir Ahmad, known as Shah Cheragh or the King of Light. Shah Cheragh was the brother of the 8th Imam, Reza. This shrine is the principal pilgrimage centre in the province of Fars, drawing thousands of pilgrims annually, and is one of the few Shiite shrines accessible also to non-Muslims.
Overnight at the hotel.

Day 03: Shiraz / Passargade / Yazd
Drive to Yazd, en route visit the tomb of Cyrus the Great at Passargadae and the 4000-year-old Cypress tree in Abarquo. Arrive on route stop in Rafsanjan to see the varieties of finest pistachio followed by a visit to an old caravanserais near the city of Anar.
Several historical sites pass the way with stops for visit.
On arrival at Yazd transfer to the hotel for overnight.

Day 04: Yazd / Naein / Isfahan
Known as the "Pearl of the Desert", Yazd is a dazzling depiction of real Persian architecture. It has been an important station on the old caravan routes to Central Asia and India. Its history dates back to the time of Alexander the Great who praised the city, which he visited on his way to India. The tour also includes a visit to the Jame (Friday) Mosque. There is no more impressive gateway in Iran than this great soaring 14th-century edifice. Crowned by a pair of minarets, the highest in Iran, the portal's facade is decorated from top to bottom in dazzling tile work, predominantly blue in colour. Its tall faience Mihrab (sanctuary), dated 1365, is one of the finest of its kind in existence.

Amir Chakhmaq Mosque (15th century). The frieze on the portal has artistically very valuable calligraphy etched on it, according to which Bibi Fatemeh Khatun the wife of Yazd commander Amir Chakhmaq built the mosque.

Doulat Abad Garden. Watered by an aqueduct(qanat: underground stream) until the very recent past, Doulat Abad garden was used for the provincial governor. The most impressive part of the complex is a 33- meter high “bad gir” (Wind Tower) on the roof and a water stream in the interior. The air was conducted into the interior and cooled through the action of the flowing water. Lattice doors and windows with stained glass patterns impart a pleasing sight to the complex.

Afternoon drive to Isfahan, en route stop in Naein to visit its unique Seljukid Jame Mosque. Continue to Isfahan. Arrive and transfer to the hotel. Overnight at the hotel.

Day 05: Isfahan
Isfahan was founded in the old times functioning as a headquarter for the armies. It flourished at Safavid era (16th century AD), becoming a famous trade centre of that time. It has been noted for its gorgeous gardens and palaces that the people have called it "half the world".
Full day city tour includes:
The old bridges of Sio-Se Pol and Khajou. Each bridge coincides with a straight avenue running through the city from north to south. Shah Abbas II built Khajou Bridge in 1650 with two purposes in mind: to be used as a dam as well. But its most fascinating features are the pavilions set into the 12-meter width called "Princes' Parlors" and once decorated with faience and inscriptions. Sio Se Pol (Bridge of Thirty-Three Arches) is an extraordinary structure, serving both as bridge and dam. Traditionally a number of Christian and Islamic ceremonies used to be held on both sides of this bridge.
Shah Abbas I built the Chehel Sutoon Palace in 1657 as a reception hall. The name means The Forty Columns, although there are actually 20. A reflecting pool is provided to see the other 20. The paintings of the Chehel Sutoon Palace have been created in Iranian and European styles.
Armenian Vank Cathedral and museum. The Cathedral of St. Saviour, built between 1606 and 1654, is a plain square brick building surmounted by a dome showing a mixture of styles - Islamic, Persian, Christian and European.
Jame (Friday) Mosque and the shaking minarets. The Friday Mosque is the most ancient and in some ways the most interesting building in the city. It was built late in the 11th and early 12th century as a focus for the town. It is a landmark in the evolution of Iranian sacred architecture.
Overnight at the hotel.

Day 06: Isfahan / Mashhad
Morning direct flight to Mashhad or via Tehran. On arrival, transfer to the hotel.
Evening the Holy Shrine by night tour to see the illumination of the golden domes and minarets. Overnight at the hotel.

Day 07: Mashhad
Full day city tour gives a glimpse into the religious life of the people of Iran. You will view some of the magnificent shrines. Mashhad is known as the holiest city in Iran. The city grew around the legendary martyrdom of Imam Reza - the 8th Imam of the Shia Muslims. Other places you will visit include:
Shrine of Imam Reza. According to the popular belief, Imam Reza died in 817 after eating some grapes. The story spread that he had been poisoned on the orders of the Caliph Ma'mun after having in some way aroused his enmity. Whatever the truth was, Ma'mun buried him next to the tomb of his own father, the famous Haroon-al-Rashid, and in time this burial place began to attract Shiite pilgrims. Visit to some chambers within the shrine is prohibited so as not to disturb the religious ceremonies.
The museums houses extensive collection of cultural and artistic treasures.
The Holy Koran and Astan Qods Museum is unique in the world in that it contains some of the oldest versions of Holy Koran believed to be written by Imams and clergymen. The Korans of 20th century being displayed also stand out for their outstanding calligraphy, miniature paintings and inlaid works.
Afternoon an excursion to the tomb of the great poet Ferdowsi, who was the reviver of the Persian language. A museum is also located at the site.
Overnight at the hotel.

Day 08: Mashhad / Teheran and departure.
Morning transfer to for the flight to Teheran.
Those proceeding on the Turkmenistan Tour will drive to the Bajghiran Border to continue to Ashgabat.
End of the tour.

Tour Does NOT Include 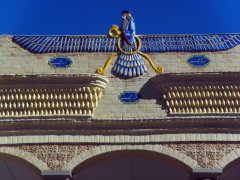 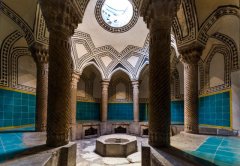 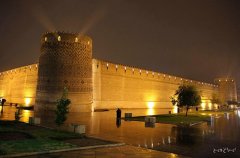